It is well known in history that Emperor Tewodros was a man ahead of his time. With his curiosity to develop his country he would try to enforce technology as the way forward. But in other aspects as well his family could be characterized as trend setters as well.

Empress Tewabech was one of those trend setters. Tradition states that she conducted the first beauty pageant in Ethiopia’s history. She was also the first winner of the contest.

Currently the University of Gondar is doing countless work to keep the tradition of Emperor Tewodros alive. His 150th anniversary of the day he sacrificed himself for his country is being celebrated with a number of festivities, one of them being the beauty pageant. 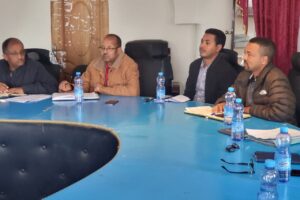